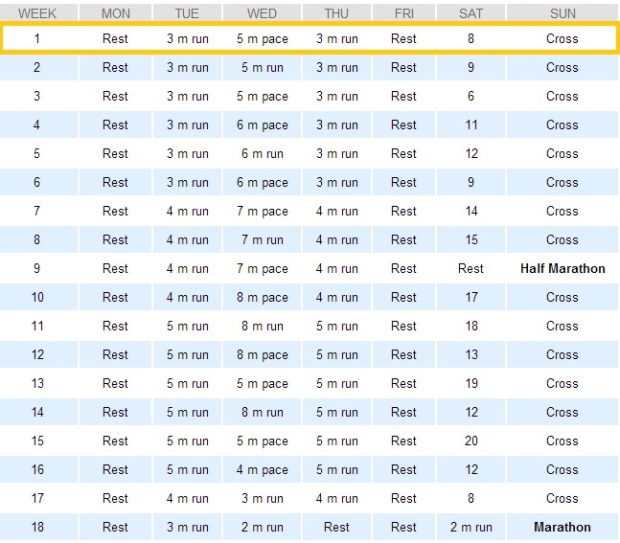 “There are two types of pain in this world: the pain of preparation and the pain of regret.” – Dr. Cellini

I now have two marathons under my belt and I am extremely grateful and blessed to have been healthy enough to complete them both. If you told me two years ago that I would have completed two marathons before my 29th birthday, I would have thought you were crazy.

There comes a point during a 26.2 mile run that your brain tries its best to make you quit. It tells you that you won’t finish, it tells you to stop at the next water station, it calls you stupid for not training as hard as you should have, it tells you that you don’t need to be running right now, that you could be at home sleeping instead. There comes a point during a 26.2 run that giving up seems to be the best and only option. During my first marathon, that point came at about mile 17. For my second marathon, that point came a lot earlier around mile 13.

My training always starts off well, but then I fall off. I have so may reasons (excuses) why this happens and quite frankly, I’m tired of thinking about these reasons (excuses). I am determined to stick to my training program for my third marathon. All I have to do now is, “GET IT DONE”